Our story begins in the summer of ’81, when we first came to this location.

This space under the causeway was used as a broom cupboard where the city planned for a sort of a “snack bar” to be opened. The architect who proposed that idea couldn’t have even imagined that one family would dare to open a restaurant, and, later, one of the most loved Belgrade gardens, in such an unfavorable spot between the tram tracks, highway, and railway. 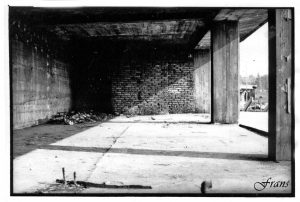 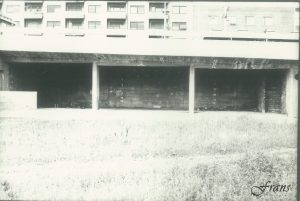 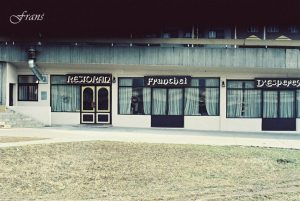 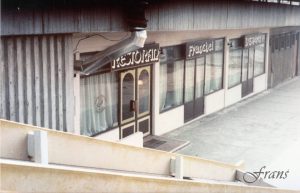 Our guests are mostly surprised by the greenery and the ambient that awaits when they enter the restaurant. Between the concrete and traffic, you enter a gastronomic oasis filled with music and the trickling of the fountain. As it is, younger generations are bolder, and so Nikola Dimitrijević, the owner, picked this location and encouraged his father Naum and brother Dimitrije to join him in the experiment of starting a restaurant on their own.

Behind this unusual restaurant location, the idea was that no guest shows up on accident and that the clientele slowly grows and keeps deliberately returning to Franš because of Franš itself.

That first summer there was no electricity nor plumbing, and at the moment the first telephone line was introduced, it was celebrated as if they won the lottery.
It was a true beginning. 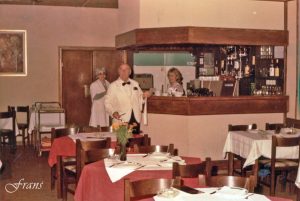 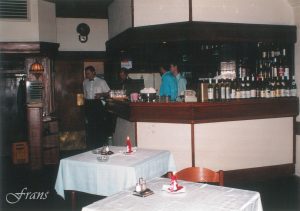 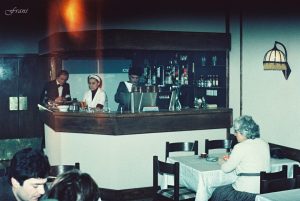 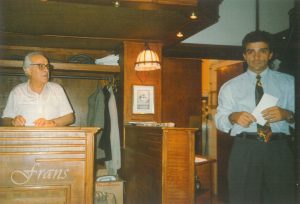 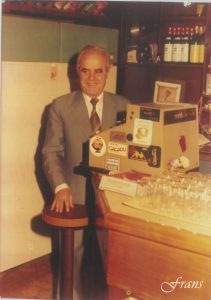 Naum was a famous Belgrade restaurant owner. He worked his entire life as a manager of several successful publicly-owned restaurants. In the 80s, during Tito’s regime and the rule of the Communist Party of Yugoslavia, the era of small trade and private capital was just beginning to rise.

At that moment, the dad and his sons were beginning to write the story of their first restaurant business.

However, the story goes that some guests arrived the day before, and, of course, they were served despite being unplanned. We learned quickly that in this business we had to respond quickly and sometimes without warning – always before the others.

The restaurant was first named Franchet d’Esperey, after the commander of the French army and the honorary duke of the Serbian army in World War I. His monument is located at the plateau above the restaurant.

In time, the guests started calling the restaurant Franš, and at the beginning of the 90s, we officially renamed it in accordance with the name given to it by the people of Belgrade. 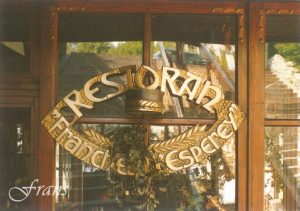 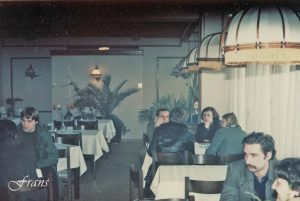 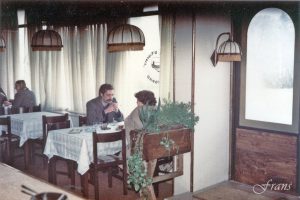 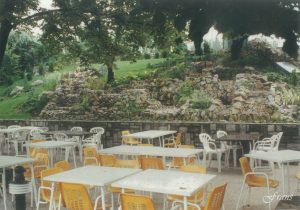 In the beginning, the restaurant offered local cuisine, and the whole menu including drinks had four pages. In decades to come, each meal category was expanded to include new dishes, but also new categories of specialties, ranging from seafood, pasta, and salads to numerous desserts. Today, we have a different menu for specialties, a different one for desserts, a drink menu, and a wine list. There are now tens of pages following the world restaurant trends, but still with a focus on our original offer of local dishes we had from the start.

From the first day, we’ve offered fritter in syrup, that nowadays comes in some new flavors thanks to innovations and our inside jokes. There’s the “out of surgery/post-op fritter” that’s cut in half and filled with vanilla and served with a scoop of ice cream. No one has resisted it so far!

We started with six employees. Today we are proud to say that our staff numbers ten times as many.

In one of our future texts, we’ll tell you about the decades that came after, so you can see the changes that the restaurant you know today has gone through. 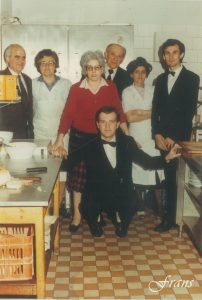